Would it surprise you to learn that many of the customs we observe at Christmas go back to Roman times and have nothing to do with the birth of Jesus? Here is a quiz for you to test your knowledge of the Roman SATURNALIA and its influence on modern Christmas.

1. December 25th has been claimed as the birthday for which deity?
a) Sol Invictus
b) Mithras
c) Jesus Christ
d) all of the above

4. The Romans celebrated a mid-winter festival called the Saturnalia. It was named after:
a) The planet Saturn
b) The god Saturn
c) Saturday
d) Satyrs 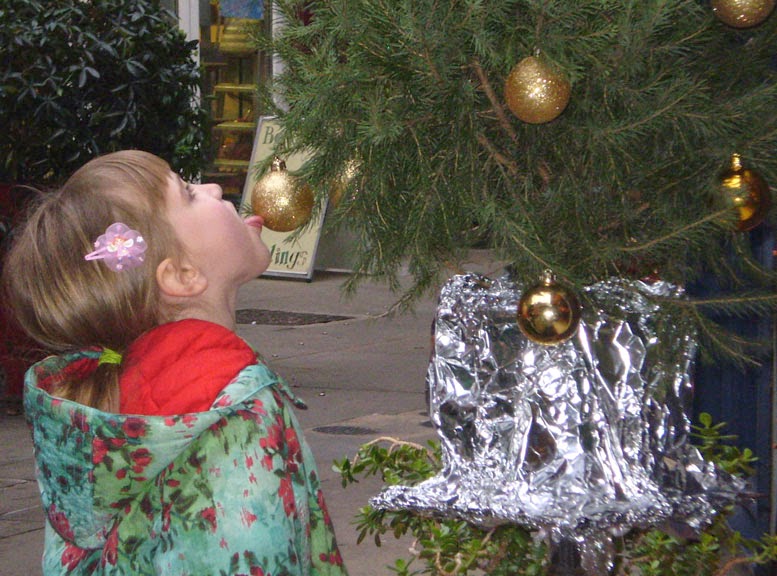 5. In the first century AD, how many days did the Romans set aside to celebrate the Saturnalia?
a) one
b) five
c) twelve
d) thirty
e) none

6. The Romans gave gifts on the Saturnalia. Which of the following did they NOT give?
a) chocolate
b) silver objects
c) preserved fruit
d) small clay or wooden figures


7. The jokes in Christmas crackers might well go back to the Roman practice of
a) hiring comic actors to deliver gifts
b) writing a two-line epigram to accompany a Saturnalia gift
c) Roman singing telegrams (in dactylic pentameter)
d) memorizing and reciting lines from Virgil's Aeneid as a Saturnalia party trick

8. Which ONE of the following Christmas customs did NOT orignate in the Saturnalia:
a) feasting
b) drinking
c) putting up lights
d) putting up greenery
e) Santa and his reindeer
f) giving gifts
g) taking time off work

10. The paper crown in our Christmas cracker reminds us of the Roman custom of:
a) choosing a 'King' of the Saturnalia
b) Caesar legalizing festivities
c) the Etruscan king Tarquin
d) It has nothing to do with any Roman custom


11.  Santa's red conical hat might well be traced back to hats worn during Saturnalia by:
a) Trojans
b) Greeks
c) Persians
d) Smurfs
e) freedmen

12. During Saturnalia, Romans festooned their houses with many green plants, but probably NOT:
a) mistletoe
b) pine boughs
c) wreaths
d) garlands
e) seaweed 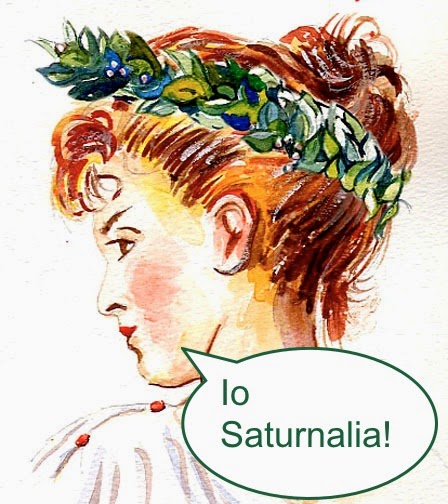 13. Here are some more Christmas customs which might go back to the Saturnalia. Which one is bogus?
a) mulled wine
b) Christmas stockings
c) singing songs
d) pantomime

14. Which of the following foods was certainly NOT part of the Saturnalia feast?
a) roast pork
b) honey-glazed ham
c) turkey and mashed potato
d) roast goose

Answers at the bottom.
(You might want to read my piece about Saturnalia before you try this quiz.)

The Answers
1. d) At different points in history Jesus, Mithras and Sol Invictus (the unconquered sun) were all assigned the birthday of 25 December

2. c) Winter Solstice (the shortest day of the year) occurs shortly before 25 December.

3. b) Some scholars believe Jesus was actually born in late September or early October

4. b) The festival of Saturnalia was named after the god Saturn

5. b) In the first century AD the Romans set aside five days to celebrate the Saturnalia. Later it was extended.

6. a) The Romans did not give chocolate on the Saturnalia because it comes from central America and was still unknown.

7. b) The mottoes and riddles in Christmas crackers might well go back to the Roman practice of writing a short poem called an epigram to accompany a Saturnalia gift

8. e) Santa and his reindeer did not appear until Victorian times

9. d) In first century Rome, gambling was illegal except during the Saturnalia

10. e) The paper crown in our Christmas cracker reminds us of the Roman custom of choosing a 'King' of the Saturnalia

11. e) Santa's red conical hat might well be traced back to so-called freedom caps worn by newly freed slaves and also by many ordinary people during the Saturnalia as a symbol of freedom from restrictions

12. e) During Saturnalia, Romans festooned their houses with green plants, but probably not seaweed

13. b) Christmas stockings hung by a fireplace come in well after the Roman period.
14. c) Like chocolate, turkey and potato both come from the New World and were unknown in Roman times.
Posted by Caroline Lawrence at 7:17 PM No comments: