Last Saturday I took the train and tube to Oxford Circus and walked from there to Broadcasting House. It took me half an hour door to door, one of the many benefits of living in central London.

Sometimes you will see a little group of autograph hunters waiting outside Broadcasting House to get the autographs of famous people. I walked past them unnoticed.

Inside you tell the security people that you're there to do a show. They give you a badge and someone comes to get you. I was taken down to the basement and met Sandi Toksvig (the presenter) and Kevin Dawson (the producer). If you've ever seen the TV series Frasier, then Sandi is like Frasier and Kevin is like Ros. He tells Sandi what do do and who to address questions to and how much time she's got left. He speaks to her through a little earpiece.

I was a bit disappointed because Sandi had just got back from South Africa and was very excited and got someone on at the last minute to talk about that. This meant that Tim Severin, a Viking expert, and I, the Roman expert, only had half the time to talk about Ancient Travel.

Also, Tim was speaking from a studio in Ireland and they kept losing him. Poor Sandi was trying to interview while in her ear Kevin was saying stuff like: 'We've got Tim in the studio but the line isn't working... OK, he's on the phone...No, wait! He isn't ... he's going to another studio... he's not there yet... OK, NOW he's there! You can ask him question 6...' Poor Sandi was frantically but quietly flipping through her pages trying to find question 6 while making intelligent replies about South Africa.

For those of us being interviewed it is quite nerve-wracking because we are going out LIVE to thousands of people and if you say something stupid then everybody hears it and you can't take it back. I have a special trick which I use against nerves. I hold some saliva in the front of my mouth. It works because when you are afraid your mouth goes dry so if you have a wet mouth your body thinks you are relaxed. Also, it makes me concentrate on not spitting on Sandi Toksvig which keeps my mind off being nervous.

It went well and I only make one mistake. I said 'Petronicus' instead of 'Petronius'. Still I don't think he'll sue. He's been dead 2000 years. After the broadcast Sandi said how hard it had been and did she have any new grey hairs? We said we never guessed how chaotic things were in her earpiece. She took the lift with me up to the lobby and said, 'I'm going to take the back entrance; there are some autograph-hunters out there.'

I said goodbye to her and went out the front. A few of the autograph-hunters gave me a keen look but then they turned away, bored. I passed by unmolested.

Posted by Caroline Lawrence at 10:21 PM No comments:

Sometimes people ask me what its like being a writer.

I am really blessed because about five years ago my husband Richard and I moved to a riverside flat here in London. It has been a lifetime dream of mine to live by the River Thames. To quote the actress Joanna Lumley, 'If I wasn't married to my husband, I might be married to the river Thames.'

We're on the second floor so the Thames is right there, flowing back and forth, two tides a day, always different. There is also a huge sky and my arched window faces northwest so I can see the sunset in summer. Sometimes in the winter when I get up early to write, there is a huge full moon sinking down towards the apartments over on the other side, it makes a silver path in the inky water. There's also a disused docking platform outside our window, from when these flats were warehouses receiving goods from the East Indies. This wooden platform is abandoned by people, but not by birds. At any one time I can see cormorants, ducks, geese, swans, coots and usually a heron.

On Saturday and Sunday mornings the skiffs and eights slide by, a coach with a megaphone urging his oarsmen on up the river. I also see tugboats carrying London's garbage up and down, and the occasional river cruise boat. But usually it's very peaceful and unbelievably quiet. At the moment all I can hear is a goose calling to his friends on the foreshore; it's low tide.

The river is on my left. At first I couldn't take my eyes off it but now I'm content to glance over and reassure myself that it's still there. I sit at a table with my iMac facing a wall covered with images. 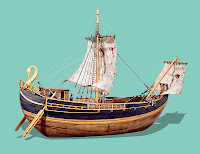 I am a very visual person so I need to SEE what I'm writing about. I have images of things like a Roman ship, a calendar of the year 80 AD showing phases of the moon on each day, frescoes, mosaics, film posters and portraits of people I base my characters on. I often use jazz musicians rather than actors to inspire me. I don't know what they're like so I have to deduce it from their faces. For example, in my fourth book The Assassins of Rome, I base a character called Simeon on a jazz bass player called Slim Man. Actually I did see him play in a jazz club and that informed his character as it appears in the book.

I never listen to music or the radio while I'm writing but when I'm not writing music is a huge source of inspiration. I like smooth jazz, chill, lounge, whatever you want to call it. I usually don't like songs with words because that gets in the way of the picture that music alone can create. One of my favourite musicians is Larry Carlton. I've based songs in my books on some songs of his from the album Fingerprints, in particular a song called Slave Song which is Nubia's theme.


On either side of my chair is a stool with papers, letters and reference books in piles. On the wicker coffee table behind me are more piles of papers, at the moment they are mixed with postcards and receipts from a recent research trip to Athens.

My husband is a non-fiction writer and graphic designer and he works out of the living room next door. He does all the little maps and diagrams at the front of my books. We have a game where he brings me what he's done in his mouth – like a dog – and drops it on my desk. I mark up the changes and tell him to 'fetch!' A moment later he is back, wagging his tail, with the latest version in his mouth.

The one thing a writer must have is self-discipline. You have to fashion a routine that works for you and this can take years. Over the five years I've been writing full-time, this is the routine I've developed.

I get up between 5.00am and 6.00am, go straight to the computer and write until 10.30, 11.00 or 12.00 noon at the latest. Of course I get up to make a cup of coffee or get some toast and an apple, and I dress in phases (preferring to stay in comfy track trousers and sweatshirt as long as possible), but by the time Richard is up and the post arrives and the phone starts ringing, I have put in five or six hours. Then I'm done with the creative, focussed part of the day.

I have made a rule, which I occasionally break, never to look at my emails until after noon. Once I'm online I'm caught up in the demands and business there.

Late mornings I either go out to the gym or go for a long walk. Writers sit around all day so you have to be self-disciplined to keep fit. Walking is one of my best ways of getting ideas or solving problems. I'll put on a jazz tape or John Truby story structure tapes and walk and ideas just come to me. I have a circuit I do along the river, over Battersea Bridge, back along the river and over Wandsworth Bridge. It takes me about an hour and a quarter and usually I come back with my problem solved or a great idea for a future book.

I have been paid an advance for ten more books in the series and I have little folders on my computer for each one. I don't know exactly what each book will be about but I have a working title and setting and at least one idea for each. If I get a good idea while I'm walking I'll decide which of the books it would fit best with and put it on my ideas document for that book. If I can't decide which of the books it would be best for, I have one hold-all document called Ideas for the Future. Every time I get a good idea or come across a great turn of phrase or see a fascinating character I type it into this document, which is now 144 pages long. Running out of ideas is NOT one of my worries.

Want an example? Here's just one of the hundreds of quotes I've jotted down in this document. It's a quote by Buffy creator Joss Whedon: 'What's your favourite movie? What's one of your most memorable experiences? Now mix them...'

After my walk I have lunch, usually a cheese sandwich and apple, or a salad.

Then, in the afternoon I maintain my website, and answer emails. They're usually either from fans or requests by schools for me to visit. I limit my months for UK school events to two per year. It's really hard work and I can't write when I'm doing promotion.

A couple of afternoons per week, during my writing period, I go to the cinema. I love movies and all my writing methods are based on screenwriting techniques and story structure used in films. Here in London we have the NFT, the National Film Theatre, so I can go see classics like Nashville and La Dolce Vita on a big screen with lots of other film buffs. On Valentine's Day I'm taking my husband Richard to see Casablanca. I love the fact that in London you can see hundreds of good films, and for a reasonable price, if you go before 4.00pm.

Another thing I love about London are the Roman re-enactment events. The British Museum and Museum of London are both great for these. I've made many friends and now can order anything from a gladiator pen-knife to a wax-tablet.


When I am doing UK promotion (usually March and October) or overseas promotion (Spanish international schools in May) my day is completely different and I have to abandon writing, though I do jot down thoughts in my little notebook. I usually can't wait to get back to my riverside flat and my writing and my movies.

My holidays are spent doing research. In the past few years I've been to Rome, Ostia, Pompeii, Sorrento, Naples, Rhodes, the Turkish coast and Athens. My holidays are devoted to my writing, but my writing is like being on holiday. So that's OK.

P.S. The Roman Mysteries books are perfect for children aged 9+, especially those studying Romans as a topic in Key Stage 2. There are DVDs of some of the books as well as an interactive game. I am also writing a series called The Roman Mystery Scrolls for kids aged 7+ and the P.K. Pinkerton Mysteries...
Posted by Caroline Lawrence at 1:40 PM No comments: