The Story of a Slave by Lucy Johnson 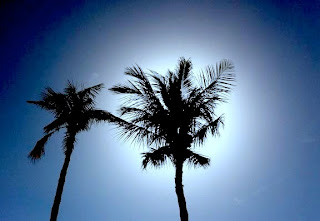 I write this in the precious hours left of my life. I don't really understand, because my knowledge of Latin is so small, which is why I write in my own language. They keep mentioning the word 'crucify'. I don't know what they mean, but I do understand that this was always the risk – I understood when I first set off, when I first ran away. This is what happens to all runaway slaves. But I should start at the beginning, that night in the desert when my whole life changed forever. The night they came.

The whole camp was asleep, except for me and the camels. I nibbled on the last of the dates from the last evening's meal, our last meal, although we didn't know it then. Stars crowded the sky, so that there was barely a single patch of darkness where the light didn't penetrate. The stars were comforting, and I leant back against my favourite camel, and fell asleep by the dying remains of the fire.

I woke to the screams of my family and friends, the roaring of the fire burning through the tents and the strange noises from the frightened camels. There were men shouting in a strange language (which I discovered later to be Latin). Everyone was running around, and the strange men were grabbing us as we tried to run. One of my brothers tried to fight, but one of the men had a sword. When everyone saw him lying in the sand, they were quiet, and allowed themselves to be shackled in the line. That was when I realised that my baby brother was still in the inferno that used to be the tent. I cried out, but one of the men smacked me across the face and I was silent, watching the flames die down as they rounded up the last of the camp, shackling women in one line and the men in the other. Then we had to run. They rode horses, and we had to run behind them. I lost all track of time, and the number that were left behind to die because they couldn't keep up. Then we had to get on the ship, and stay in the hold. We had to sleep, eat, drink, and spend our lives shackled together.

Finally, we arrived at a small port, from which we walked to Rome. To the slave market. We had all been given a name, mine was Domillita. I stood up on the wooden platform, wearing nothing but the chains and the parchment price tag. We were told that we would be beaten if we didn't look straight ahead all the time, or if we made eye contact. I heard voices, saw people coming in front, staring at us, opening our mouths to look at our teeth, examining us. I saw two girls wearing cloaks, walking along with a man who I assumed was their father. They whispered to him and pointed at me. He handed some money to the slave dealer, who unshackled me and pushed me towards them. One of the girls took my hand, and the other wrapped her cloak around me. They led me into a white building. There was a pool of water in the middle of the first room, and small coloured tiles all over the floor, making a picturing of a man wearing a lion skin cloak, and holding a club. One of the girls was chattering away, but I didn't know what she was saying. The other girl seemed to notice, and stopped her sister's chatter. She pointed to herself. "Thalia," she said. Then she pointed at her sister "Octavia." Then she pointed at me. "Domillita." I whispered. The girl smiled, and I smiled back.

The next day, they started to teach me Latin, using Pliny's Natural History. The city we were in was called Rome. The room with the water was the atrium. There were many rooms that led off from the atrium, including the triclinium, were we ate. They showed me the whole house, and told me what everything was. Then they took me to the baths. I loved the hot baths, and the steam room, because they reminded me of my home in the desert. The girls were really kind too me. They told me that their father was one of the only honest and respectable bankers in Rome, so they were quite rich.

They had a lot of slaves, but they didn't treat me like the rest of them. If they had, I would never have saved their lives. But that comes later.

Their brother, Septus, didn't like me. I could tell that from the day I first met him. He was tall and slim, but his arms and face were covered in scars, and one of his eyes had a scar going straight through it. No-one told me how he had got them, and I didn't want to find out. He always sneered at me, never smiled, and I was scared of that disfigured eye. The other slaves didn't like him either. The cook was especially scared of him, after he beat her really hard for something small and unimportant.

A few days later, everything changed.

I woke up one morning, and the girls were gone.

I had overslept, and my initial thought was that they had gone to the baths leaving me to sleep. But midday meal came and went, and still they had not come back. I got permission to go into the city, and that was when I saw them. The men who had killed my brothers, taken my mother and father and sold them to the Romans. And they had some slaves in tow - some of them looked well cared for, which I thought was rather strange. Then I saw why. Most of these slaves were freeborn, taken from their homes, right here in Rome! And I saw Thalia and Octavia, walking mutely along behind them.

I knew that runaway slaves were executed. But I knew that if I stayed, I would never see Thalia and Octavia again. I had heard the men talking - they would spend the night here. So I went back to my master's house. That evening I told my master what I had seen, but I didn't know the Latin words. I think I said something like:

"What do you mean the slave men? Anyway, they will be back by tomorrow morning. They will have gone to Dina's house. Now, leave me in peace." He replied. I went up to the bedroom. That evening, I was fiddling with one of Octavia's ivory hair pins, when Septus walked in.

"Stealing, are we?" he sneered.

"Do you know what happens to thieves?" he asked, ignoring me. I shook my head.

"This happens." He pointed to the scars on his face with one hand, and I didn't see the other hand, the one with the birch rod in it, come round and strike my back with such force that I almost cried out. He struck me so many times, and when he finally went away, I lay on the bed and cried.

I followed the line of marching slaves at a distance. They walked all the way to Ostia, though it took them the whole day to do it. They walked through the city, and I followed, not knowing what I was going to do, but knowing that I had to do something. Then I realised that they were heading to the harbour. They were going to sail away! So I just cried out; "Thalia! Octavia! What is going on?" as if I didn't know.

"Domillita!" they called back. Everyone in the square was watching now, so I had to say something.

"But you are freeborn? What is going on?" The crowd in the square gasped, and all of them stared at the men, who shifted nervously. Then the magistrate came, and the men were locked away, and all of the children were given a couple of gold coins because of the way they had been treated. I hid from the magistrate, because I was scared he would know that I was a runaway slave. We hired a cart back to Rome. When we reached the house, I knew something was wrong. There was a magistrate and a soldier coming out, accompanied by my master and Septus.

Septus pointed at me. "There she is! That's the runaway slave! Get her!" the soldier ran forward and grabbed my arm.

Thalia and Octavia pleaded with their father, but it was no good. I was taken away, to this place, and in the morning, I will die.

By far the greatest number of entries for the 2012 Golden Sponge-stick Writing Competition were from children in the 11-13 aged bracket, so 12-year-old Lucy from St John's College School Cambridge did extremely well to win first place. And deservedly. I love her story. She has taken some inspiration from my Roman Mysteries but that's OK. I always get ideas from other writers. So did Shakespeare. I love that she puts herself into the mindset of a freshly-captured slave and shows us how objects like an impluvium or mosaic might have appeared to someone from another culture. She also uses a very effective technique of having a brave hero be misunderstood and treated unfairly. This always engages our sympathy because we want justice. Finally she had the courage to end the story in an unexpected way. Well done, Lucy! Bene fecisti!
Posted by Caroline Lawrence at 12:05 PM